9:40 am - The Incident Commander declared the fire controlled early this morning when no smokes were visible within the fire perimeter. The handcrew and helicopter have been released to aid in a fire outside Jackson, WY but crews from local Forest engines continue to work the fire today.

10:45 am - The Type II IA crew arrived last night and will begin mop-up today. Containment lines constructed around the fire yesterday held through the night and crews will work today reinforcing and securing those lines as well as cutting down snags and other hazardous trees in the fire area. Blivets, 'bags' filled with 75 gallon of water, and hoses are being sling loaded in which will provide the firefighters with much needed water to aid in cooling hot spots.

9/5 10:30 update - Crews have made good progress on the fire with the help of bucket drops. Fire has been more accurately mapped at one acre. Firefighters from Forest Service and BLM engines are being shuttled in to the fire. Vicinity Map of the Fire

8:30 am - Engine 671 crew hiked in to the fire this morning from their spike camp to begin work securing the fire perimeter. Incident Commander Chappell provided an updated size-up and estimates the fire to be between 2 to 2.5 acres in size. Additional firefighters from Engine 421 will aid in suppression efforts as well as Helicopter Eight Six Golf providing bucket drops. A Type II 20-person hand crew has been ordered with an estimated time of arrival for 7 pm tonight. Red Flag conditions are forecast for today through Sunday evening.

9/4 9:30 pm - Teton Interagency fire resources responded to this smoke report at approximately 6:40 pm Friday evening. Helicopter 86G flew over the fire, provided a size-up, and began bucket drops while Engine 671 navigated the rugged access roads. Once they got close, the crew began hiking in to the fire. Firefighters will set up spike camp tonight and begin ground suppression efforts in the morning.

The fire is burning in heavy timber, fire behavior is creeping and smoldering with occasional torching. Additional resources are on order for tomorrow. 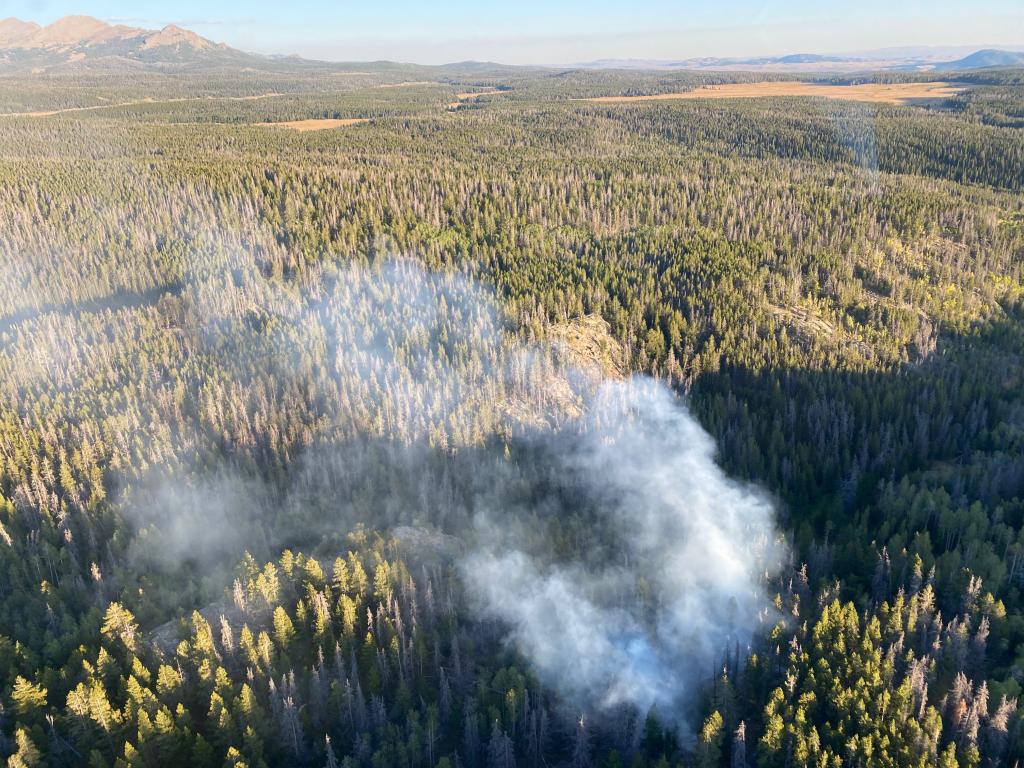 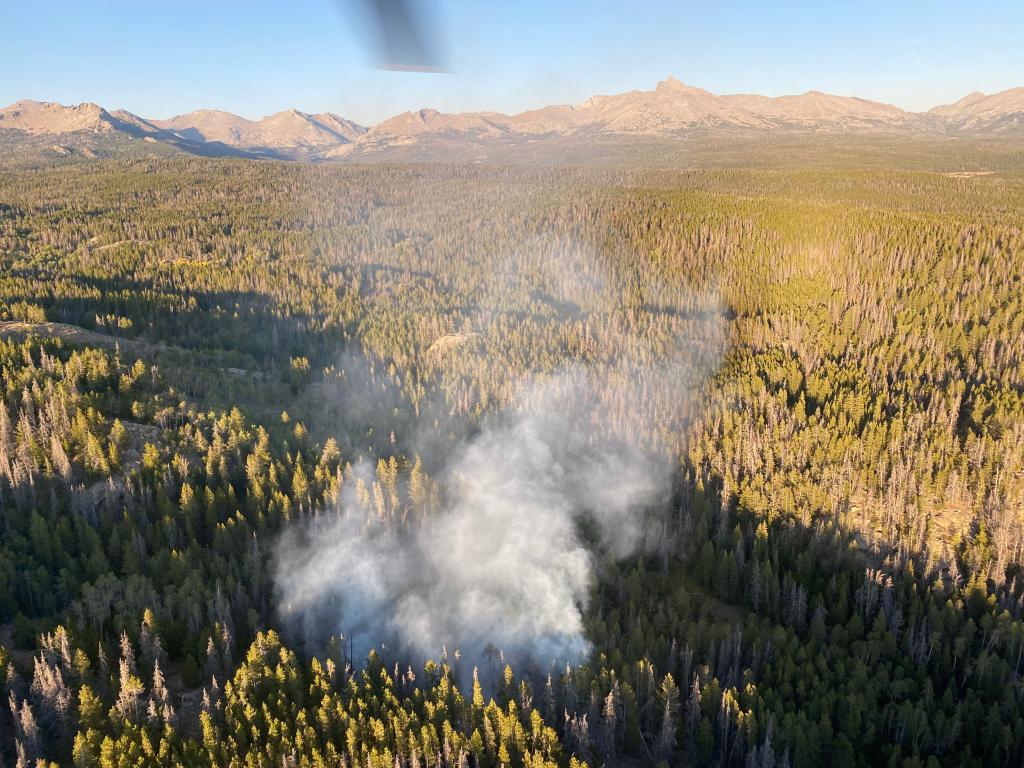 The Wyoming Prescribed Fire Council was established in 2018 to encourage the use and understanding of prescribed fire. Learn more about their mission and resources: